The constant increase of rats in Galapagos, has made cats one the most demanded species over the islands. Experts claims that this phenomena should be regulated, cats are a very unpredictable specie.

Over the years, #cats (Felis catus) has represented a serious problem for the conservation in the Galapagos archipelago. Domestic cats were introduced by the colonizers of the island and there are reports of them in the Galapagos since 1831. Cats progressively settle in the Galapagos and started becoming a problem for most of the conservation programs and organizations in the archipelago. During 2003 and 2004 it was run a program to eradicate the specie from Baltra Island with, apparently, positive results for the cause. However, Baltra is a small island with a very short human population and not representative, well cats would be where humans would be.

During the last decades there were set different kinds of plans in order to exterminate cats from the most populated islands in the archipelago. Sterilization, hunting, economical incentive to owners or even a direct killing strategy with poisoned baits were some of the proposals for these plans. This time the plan was not that effective and the results were not tangible. A failed plan of which most of Galapagos’ people are grateful now.

Recent studies have confirmed that cats are actually helping to conserve the endemic species and ecosystems in the archipelago. Due to the uncontrolled increase of rats in the Galapagos, these rodents have become the favorite prey for cats in natural ecosystems. In the recent years rats have been the most dangerous introduced specie for native species such as tortoises, iguanas and some endemic plants. The rats’ feeding instinct is the problem; since they are that much they would eat everything what’s in their sight including endemic plants and iguanas and tortoises eggs. The eggs have turned to be the biggest problem. If there are no eggs, there are no reproduction and these species are in a constant decrease of population. Something not good for the islands and its preservation effort.

However, and unexpectedly, for this invasive species’ problem, another #invasivespecies points to be the solution. Despite cats also caused some problematic situations in the islands, now they seem to be a hope. The Galapagos’ ecosystem have been drastically changing and with this some new perspectives popped up. Due to the rats, there are no more space for cats to eat any kind of eggs or even baby reptiles. Thus, cats are not the most dangerous predator anymore. Actually, scientists have observed that, despite they are not its natural food, cats started to eat rats to survive. In places where more cats are settled, the rats’ population is lower and the tortoises’ population seems to be increasing.

These are good news for the islands and it ecosystem. However, experts say this need to be under controlled circumstances and try to isolate the eggs once the rats’ population reach a lower point. Scientific community also claims that cats, like rats, never stopped to be a danger for the islands’ ecosystems and it is also a good time to think about a plan to make cats leave the archipelago as soon as rats are over. Cats’ communities have been identified all in urban spaces all over the island, experts says this is something unprecedented and do not know what to expect from it. 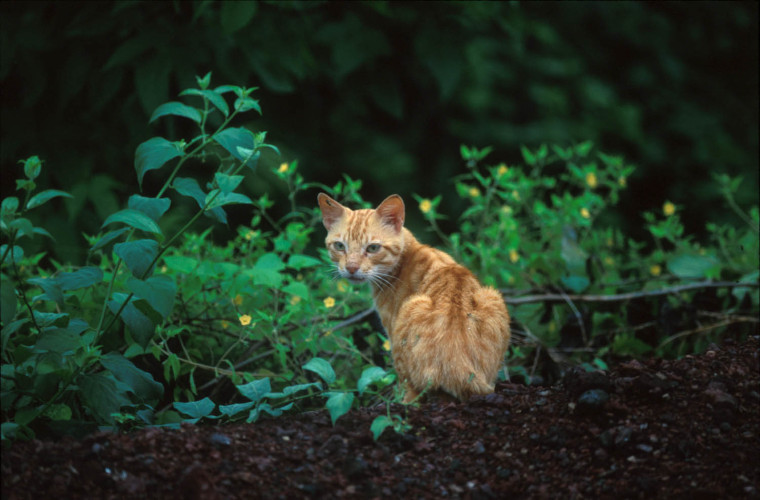