Over the course of the weekend and the observation of the trash can I realized that in my house there is no garbage classification. Organic and inorganic waste is together except for plastic and glass bottles that are the only ones in classification. The rubbish of the kitchen is the one that mixes the most of all the food, papers, fruit residues, vegetables and various plastics has since it is the place where the most garbage fits. There is a classification when leaving in the eco-tacho I mean with classification that they are discarded in different cases. I am very surprised that several times we are not aware of what we throw away or throw away unclassified, as in the short and long term they can be a very big problem for the world. Personally after doing an analysis and observing everything the trash cans have I realized that many of the things you could classify would help a lot starting with garbage collectors, the people you classify and the pollution that exists in the world. After observing each boat it occurred to me to mark different dumpsters for waste i.e. plastics, common waste and inorganic garbage. I feel like it’s going to make a very big help for the organization and maybe prevent some pollution since all our waste ends up in the river, streets and even in seas killing animals and polluting the planet more and more every day.
Understanding the classification of garbage could drastically help change household waste pollution, it’s a good way to start understanding how a simple plastic bottle could kill many animals and persist in the world for thousands of years, while if we’re aware of what we consume and the things we buy for ease we could be a help to the planet and all living things.

Anyway, after realizing that a lot of my garbage was plastic, mixing you with organic stuff, I decided to start sorting and contributing by helping the planet with a grain of sand. 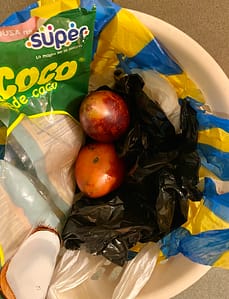 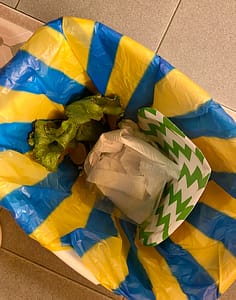 In the second week the dumpster of my house had more order and classification. The first week after analyzing all the waste in my trash I set out to sort. I keep asking several questions about where all the crap will go? How many people live on it? Among so many wastes NOT classified what were the complications based on that?

Raising awareness is the first step in starting to organize waste and waste from our homes. Propose and give a hand with recycling for a big change. In my house we started organizing trash and sorting plastics and organic waste in this way we try to make sorting the trash when the collectors take it easier and can help those who work in the trash.

Starting to realize the processes and impact of every waste we dump should be the main factor in incentiving change in people and raising awareness of the great change we could give the world.

For example, the small change we created in my home of sorting trash in the long run can be a good way to help the environment and its all of us put effort into it and raise a little awareness we could make big changes.

We need to raise awareness and start setting goals in our homes to create changes and help the environment, just sorting trash and reducing plastics because we often don’t realize how undeniable wraps or just plastics are.