I guess my trash habit has been quite sporadic throughout the years. I’d say that about two years ago we just dumped everything in one trash can and didn’t ask questions of where it would go, just take the bags out and wait for the garbagemen to pick it up. But things had been progressively changing, outside of our urbanization, a couple of huge trash cans were put. One for paper, one for glass, and the other one for plastic. I remember that each day that I came back from classes, if I had any treasure me, I would put in the right bin. But one day, as I returned, I notice the garbage man putting everything that was in this huge garbage bins, all at once inside the truck. That made me feel like all that time that I had been trying to be environmentally conscious, was in vain.

After that I stopped putting things in the right bin, cos I knew where it would end up. until my sister bought three medium sized buckets, and she put them in the kitchen. One was for paper, the other for glass. I never asked her why she was doing that, but I thought it was useless. Until one day I was walking back from college, and I saw my maid, had put the trash in two bags and was given them to a woman in a car. That is when I asked my sister about it, and she told me that Merci (our maid) would take the trash, put them in plastic bags, not mix them up, and give them to this woman, and she would pay Merci.

In that moment I feel really glad because we’re not only recycling and not doing it in vain, but it also provides an extra income for our maid. So that is basically the story of how recycling came to be in our home, and where it goes after. As far as the plastic goes, we haven’t been able to find anyone that would buy plastic. But we do try to buy as little as plastic products as we can. we also reuse many of the glass products that we buy and keep them as bottles or containers. We also try to the wooden chopsticks from sushi restaurants. So, I guess you could say that me and my family are pretty aware of what happens with trash, and how we can lessen it. 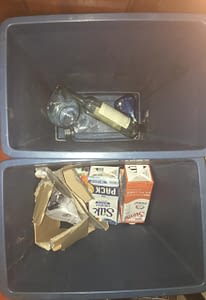 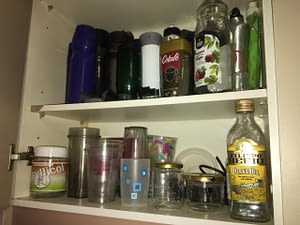 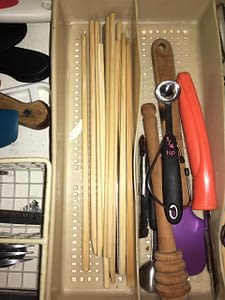