Around my neighborhood, we don’t live around animals or insects though we are close to a ranch, we are also in the middle of the urban spots of Cumbaya. of the construction sights around my , like Uribe Schwarzkopf for instance, and their vision toward combining urban spaces with , interestingly enough space has become organized with species and plants that “should not be there”.

As I was walking around my neighbors homes I noticed their walls are surrounded with plants and little ecosystems and habitats for small species. of the sudden, a bird flew in the wall and feeded his babies in their nest! I couldn’t believe nobody noticed that! (This happened as an old couple was leaving their apartment while tying to understand how the uber app worked). As they were puzzling over the technological difficulties of transit, I was in awe of the tiny ecosystem we were able to plant for these birds by choosing a wall full of plants instead of a normal, plane cement wall. 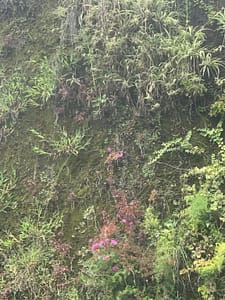 My neighborhood is surrounded by Large Spanish Moss Oak Trees that line up the streets and serve as barriers instead of normal cement. of the hot and humid climate in cumbaya the moss in the trees gathers different little insects and birds. 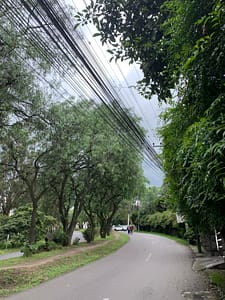 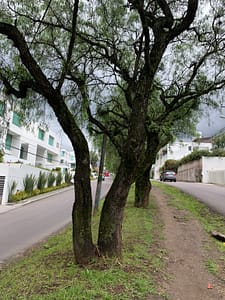 I noticed that the fences around houses plant species with thorns (enredaderas) that fold around the fence. Around these thorns there are spider families as well as other small insects that hide from rain and sunlight. Fences are untouched and kept away from humans, so it is a perfect hiding spaced for small wildlife. 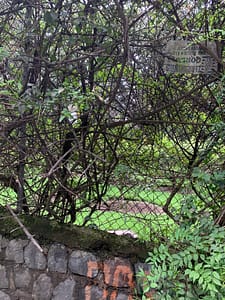 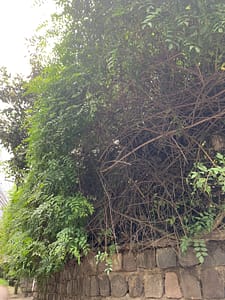 As I was strolling through my neighborhood of the sudden, two horses escaped the ranch in front of my . I was wondering what are two horses doing in the middle of the street just standing there. It was such an awkward and moment, nobody came out them or get them back to the ranch. For a second I didn’t know if this was on purpose or if they actually escaped. It seemed completely fine to everyone around there two horses walking around the streets minding there own . Nobody seemed shocked or surprised. For those moments it felt as if finally urban spaced and nature could coexist without need of shock or surprise. I loved every moment of that species encounter, I really believe nature should coexist that with respect, boundaries and freedom. 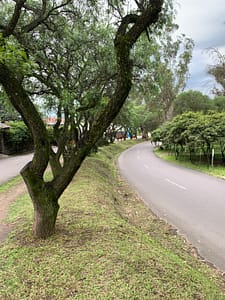 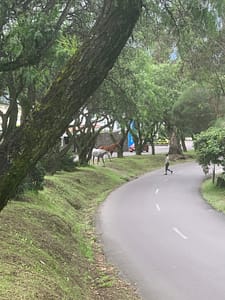 This moment reminded me a lot I visited Galapagos Island. I would tan right beside a sea lion (literally the sea lion sat down on top of the tanning chair beside me) and it was natural, fine and . Iguanas, sea lions, kinds of birds and animals simply would co exist with you without any issue or surprise. I’ve travelled around countries and seen landscapes, nature and man made structures, yet nothing felt more like paradise than living with nature in urban spaced like Galapagos or that one unattended horses escaped the neighborhood.