Although we know that the word “invasion” is an act of entering a space that is not yours or that adapts to it. For many people, what is invasive is to interrupt or forcibly enter a space that does not correspond to it, however, for many people, what we call invasive in some way, over time becomes part of our space. And that’s where you start to wonder, is that really the invader or you? a very difficult question to answer because you do not know where to start and that when trying to do it, more doubts continue to appear and you do not know how to answer.

By doing this exercise, I was able to find several species that I would consider “invaders”.

This spider that seems to have been around for a long time due to the amount of cobweb I found made my door its space and now I can’t take it out of there because I think it is part of its space. 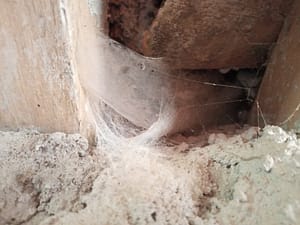 Walking around my house, when lifting a stone near my bathroom I could find a little animal with a strange texture. When I asked my family what that little animal is called, they told me that they called it “a little village” and that it has existed for almost all of their lives since they can use their reason. This is where I wonder who the invader is. 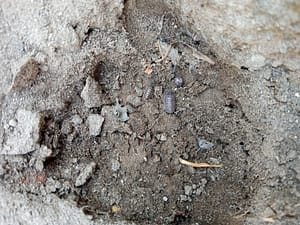 Another species that I also found surrounding my house was where we planted plants that adorn the garden, among a plant that is not known as an income in the space that we allocate to other plants, my family considers it a “weed” because it is introduced by Yes, alone. Seeing it there for me should not have that name because it does not affect the others, it is simply there to decorate like the others. 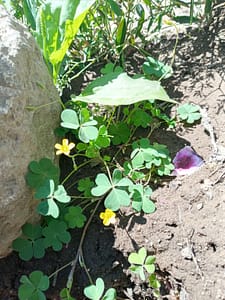 The word invasive makes me think many things that I would not know how to answer because it is not well known if we are the ones who should call ourselves that. However, I think that at some point each one came to occupy each other’s space with the sole purpose of growing.