Taking a little walk around my neighborhood together with my girlfriend and my little cousin, I paid special attention to the elements of nature that surrounded me. In them, I found a few situations that caught my attention. Lately, in the neighborhood I live in, they have cut down several 20-year-old trees. Personally, it seems like a very bad decision and I have never agreed with it, however, and thanks to this activity, I realized that from the rest of the trunk of one of the trees that they cut down, a type of fungus is growing that does not I had seen before in a tree-like that. That caught my attention because I thought that probably, thanks to that tree being felled, that fungus could grow quietly, which leads me to think about its function. Perhaps the function of this type of fungus is to take advantage of the remaining nutritional properties and elements of the trunk and thus allow the cycle of life to continue to flow in its course?

This idea that, if something bad or of something where the human being has intervened causing damage, there are little warriors like that mushroom, which grow from the shadows, not at all noticeable, little by little, to the point where you can find them when they are big enough.

Another case that caught my attention was the typical case of a plant that grows between stones or asphalt. That concept has always caught my attention. I regard him as a warrior who survives despite something as rough as asphalt. Well, it always seems that not even the asphalt itself can stop or completely eradicate the growth of this little plant.

Another of the cases that I liked was that of finding insects under a stone, it seems to be a very typical case but at the same time very interesting. Well, one would think that the resting of light on the plants or the ground would cause that there is no type of life below it, but it is interesting as it is thanks to that fact, thanks to that rock on the earth, that the specific living conditions so that a small group of insects can live below it.

I called my post-hidden workers because on my bed I ran into a couple of bees collecting pollen around there. I liked it, because we all know and are aware of the importance of bees, but we don’t always have the opportunity to see them working. I loved the discipline with which they worked. 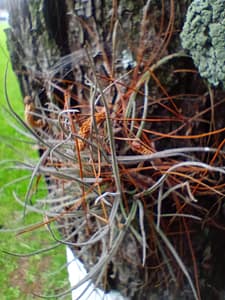 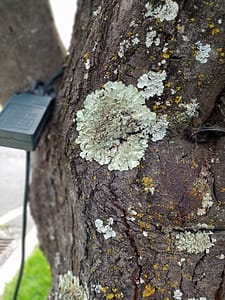 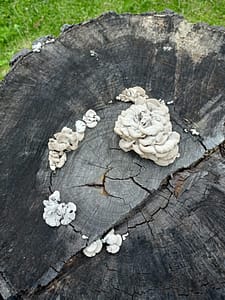 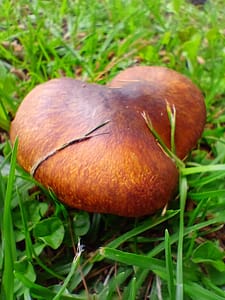 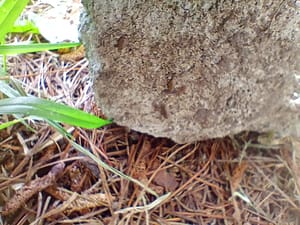 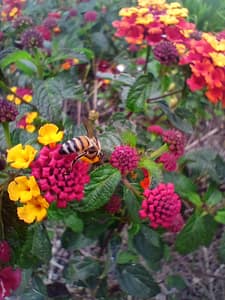 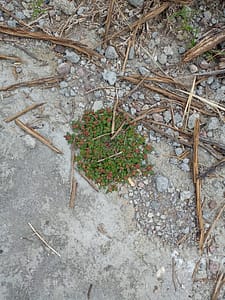 On this occasion I was able to find quite a few interesting things, many of which surprised me very pleasantly, as I did not expect to find certain elements so marked and distinctive of the urban mixing with the wild.

In this walkthrough of my urbanization, I came to find bottles buried almost completely in the ground, glass bottles, which leads me to think how little concern there is around this type of thing that nobody took the annoyance of throwing it away where it belongs (the garbage dump was two meters away). I have to mention that near the bottle there was a fairly old computer monitor, one of those thick ones, also narrowly buried, I never imagined that I would find something like this in my urbanization and right next to what is the orchard of it.

In the general garden of my urbanization, I could find that there were not only plants but there were also birds feeding on them, eating them, and even digging in the remains of garbage that were also present.
I found it interesting that in this last week so many fungi have grown, obviously, this is due to the humidity that has been lately in the sector in which I find myself.

The most relevant and interesting point is the one I raise below. During my adventure, I decided to get a little more in the muddy terrain that is in the park where our pets and our children usually go. In a certain sector, I was able to find tracks of different sizes that belonged to various dogs. I could not help but question if these dogs are part of the pets that are within the urbanization or if they were strays, normally several dogs usually go in groups in search of food, coincidentally, near that mud, there were a few fruit trees that had avocados, I think there were gooseberries too and lots of lemons.

In contrast to this idea, I also went through the street most full of dogs that is within the urbanization. One of them even came out to bite me, luckily it was a small one, so I was not scared. 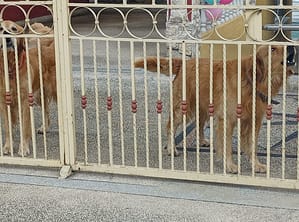 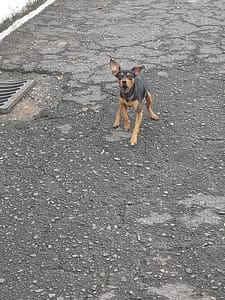 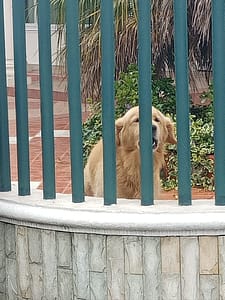 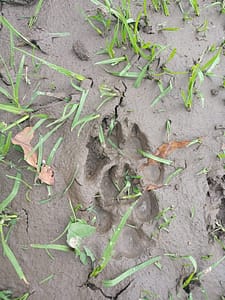 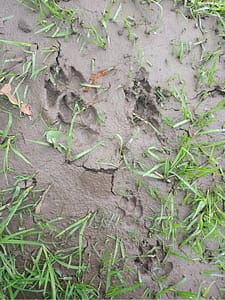 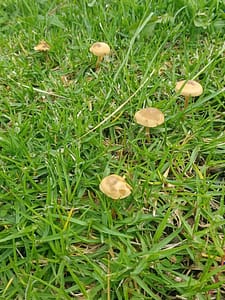 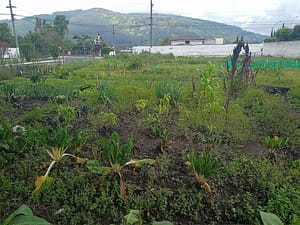 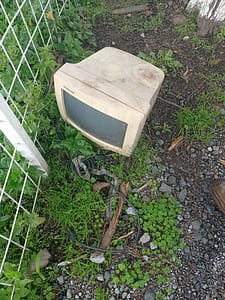 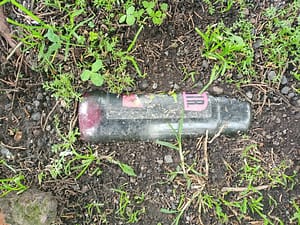 The depth of a few simple footprints

Day by day, we walk without resentment about what is happening in our environment, and when I say resentment I do not necessarily mean something negative, but rather a lack of awareness about what is around us actively. We are used to living our day today with a frenetic, exhaustive rhythm, one where all that matters is how productive we are for our environment, professionally speaking, financially speaking, even in our hobbies and interpersonal relationships.

We have disassociated ourselves from nature so much that we understand ourselves as beings completely alien to it, we see it as if it were a third person in our lives, as if it were something that we do not have to worry about at this moment. However, the reality is different. And it is that no matter how much we want to disassociate ourselves from nature, it will never do so from us, because a huge part of it lives in our day to day, in the singing of the birds, in the humidity of the morning, in the freshness of the sunset, in the streets, on the sidewalks and even, within our own home. And it is that all this surrounds us, and without realizing it, we are part of something much bigger than ourselves. We are part of something that revolves around all the actions that involve not only us as a species, but us as living beings, where without realizing it, we all walk hand in hand and trace our history and history with our footprints. makes up our world.

That is what this story is about, a few simple traces that have come to change my perspective on what surrounds me in my day today, and how something that appears to be so simple can have a lot of depth. My story begins with the search for something that captures my attention. Along the way I found several things that I am aware of, however, I was never directly witnessing to them as such. One of the examples is meeting a large number of bees that were highly interested in some purple flowers that exist in the sector in which I live, their concentration on them was such that my presence did not bother them in the least, none of them stung me or one of my companions.

Second, I was able to notice how with the change of the weather or the season in general, new living beings are born. Of the most noteworthy I can mention different types of mushrooms. The world of mushrooms was extremely interesting to me, as many of them grew in the most remote and inhospitable spaces possible, one of which I could find had grown from the cracks of an old tree that had been felled months ago. Another type of fungus grew between the spaces where the grass did not grow. With all this, I intend to make an analogy in how the traces of our influence little by little change the environment in which we operate. The main similarity between the two mushrooms that I mentioned is that they had grown in spaces where humans have had an influence. One of them is a tree that was cut down by the human being, and the other type of fungus that grew from the earth on which we walk, that typical path formed as a result of our constant footsteps on the grass.

At this point, the idea that we leave traces that affect our surroundings was slowly taking over my head. Until the second inspection, I saw it. I found myself walking near the park in my sector. A large, wide park and due to the heavy rains that have occurred lately a very humid park. I noticed that each step I took was stagnant on the ground, I soon realized that I was leaving footprints on the mud and, when I turned to see the ground, I noticed that my footprints were not the only ones that had marked the place, but also, the footprints of a dog.

At first, I did not think about giving it much attention, because they were just that, dog tracks, but then I noticed that there were smaller ones and that is where my head was flooded with questions. Were those little footprints from an abandoned mother’s puppy? Or were they the tracks of a pair of stray dogs where the smaller one followed the larger one in search of protection? In the sector there are usually many dogs, some are pets of members of the neighborhood, but many others are just stray dogs or abandoned to their fate.

Personally, I can think that these tracks belong to a couple of dogs that were abandoned, a mother and her puppy, who, due to space or food issues, decided to abandon them. These animals probably came to that area because of the smell of different fruits that are in the park. Perhaps they had just been abandoned by members of the neighborhood itself. Unfortunately, I will never know the true story behind those footprints but just finding them led me to think a lot about the impact they can have on me. The depths of those footprints and their secrets are something that will be kept between the footprints themselves and those who made them.

Now, that trace that I found means, not only a trace as such but the very importance of paying attention to what is around me. I can’t help but wonder what would have happened if I arrived a couple of hours earlier, as the tracks were still fresh. But now I know that no matter how much I question myself about what I could have done or not, because it is already part of the past in which I was not, in which I did not pay attention, a piece of nature that I did not consciously want to be part of. . What I stayed with this story is to be much more attentive to the small traces that have not yet been formed, to the small traces of our actions that have not yet influenced other creatures, in this way, to be able to take action and change. in a positive way the trail that I leave. It may take time to get used to paying more attention to details like that, but little by little I hope to make it a beautiful habit that allows me to enjoy more of the little wonders that are hidden in plain sight.